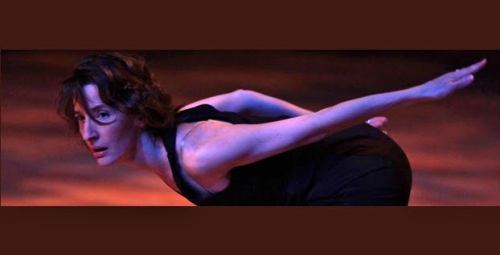 Dance-centric fringe festival Lose Your Marbles at the Trolley Barn in Akron this Saturday, June 10, is the latest in an impressive glut of summer dance events in Northeast Ohio that most areas of the country would be envious of. Joining the venerable Heinz Poll Summer Dance Festival in Akron, plus a boatload of summer dance in nearby Cleveland, Lose Your Marbles takes a somewhat different artistic approach to the rest of the region’s offerings with more experimental and avant-garde dance artists and dance works.

Founded by Neos Dance Theatre’s Robert Wesner with the support of a $100,000 Knight Foundation grant, Lose Your Marbles ─ which Wesner says takes its name from the colloquial phrase about losing one’s mental faculties and Akron’s history as a marble making behemoth in the late 1800s ─ will take its cue from other fringe festivals across the globe in allowing artists to take risks and inviting audiences into the creative process.

“With it being a fringe festival model we really are going to push work that lives on the fringe of what we might think of as a normal dance presentation,” says Wesner.

Wesner says while he wants to differentiate Lose Your Marbles from the region’s other summer dance offerings, he also wants the festival to be a partner with the others in bringing great art to the area. To that end, he has been working closely with the Heinz Poll Summer Dance Festival and the City of Akron in the development of Lose Your Marbles.

Wesner says the festival will adhere to a few guiding principles such as what he terms as “a good mix of tried [artists who have had their work seen by audiences] and untried artists [those who haven’t or are just beginning to].”

Another guiding principle is programming a mixture of local, statewide and national acts. Wesner feels this is important so that the festival has culls influence from as broad a spectrum of the dance and performance art communities as possible.

The goal is to serve a wide-variety of audiences with varying interests says Wesner. For this pilot year, Wesner says the festival has been curated by him and his staff. So unlike some other fringe festivals, at least this year, Lose Your Marbles will be very PG and approachable to families. In future, when Wesner plans on opening artist entry into the festival to an application process, he says future audiences might see artist-sponsored performances whose works may be more risqué or controversial. 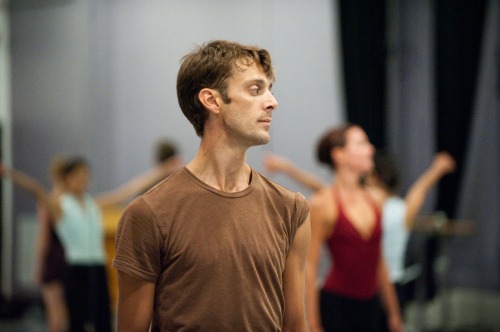 “I am very open to people wanting to explore dance and performance art in the widest range,” says Wesner. “I think it is really important we don’t censor artists, but that we give them an opportunity to explore what they need to explore and hopefully get some feedback from the audience that is valuable to them.”

Wesner hopes to see future festivals spread out into pop-up spaces, alternative performance spaces, theater spaces and other outdoor and indoor spaces all over Akron.  Giving audiences the opportunity to explore the city while binge-watching dance and other performances.

This year, in addition to watching the performances, audience members will also be given the opportunity to vote on what they liked best with best-of-show awards given out at festival’s end.

The Knight Foundation’s funding for Lose Your Marbles is for 3-years and after that Wesner hopes to have in place a self-sustaining model based mostly on ticket sales. For this initial launch however, Wesner says he doesn’t know what to expect in terms of turnout. “We are taking a great risk at doing this in terms of what flies and doesn’t,” says Wesner. “That is part of the fun. Akron has a great reputation for supporting dance and music and we are hoping they will embrace this festival.”

Here’s a breakdown of what’s on tap (times approximate): 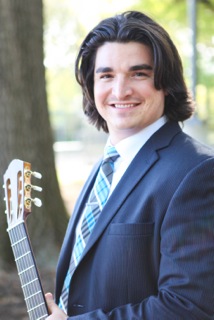 Dr. Jonathan Gangi, assistant professor of music and arts entrepreneurship at Penn State University kicks off  Lose Your Marbles with a classical guitar performance. Then, Nashville-based harpist/singer-songwriter Timbre Cierpke who was recently featured on former White Stripes frontman Jack White’s album, Lazaretto, will play selections from her catalog including tunes from her latest album Sun & Moon.

Oberlin College dance faculty member Holly Handman-Lopez joins forces with Lose Your Marbles founder and Neos Dance Theatre artistic director Robert Wesner in the duet “eleven years in”, choreographed and performed by the pair. Set to music by Mike Wall, the work evolved out of an experiment in entanglement of the dancer two bodies. Following every slip, spiral and slide Handman-Lopez says: “Our experiments evolved into a slippery ‘relationship piece’ that feels luscious and edgy to perform.” 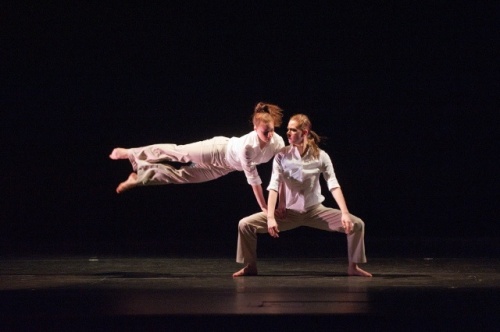 Professor of dance at The University of Akron Robin Prichard likes to joke early in life she sold her soul to the devil in exchange for amazing dancing ability and is still waiting for the amazing dancing ability. While she is waiting that hasn’t stopped her from creating work that utilizes her god given abilities as a dance artist. In her “The Art of Making Dances (Not About Ferguson)” she responds to the Black Lives Matter movement and to the violence against African American men in 2016.  “It asks: what can artists do to respond to violence and injustice?” The dance uses 19th century minstrelsy, ballet, modern dance, and hip hop movement test and song  and pairs it with the sounds from the violent police encounters. 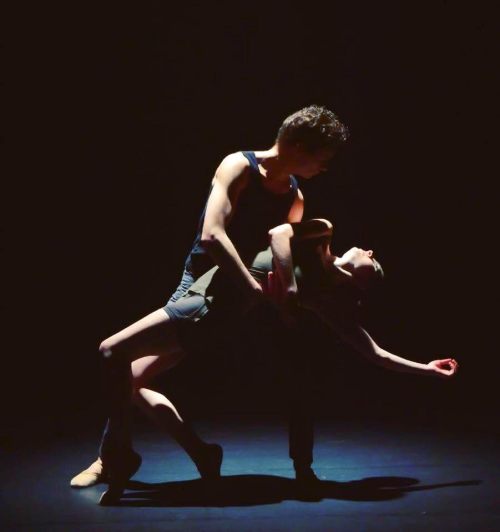 Verb Ballets will present two short pas de deuxs including choreographer Daniel Precup’s “Ne Me Quitte Pas” (2013) set to music by Jacques Brel and danced by Verb’s Kelly Korfhage  and  Antonio Morillo. The other, former Akron University and Ohio Ballet alum Andrew Carroll’s “3:00am” (2014),  danced by Verb’s Kate Webb and Michael Hinton to Abel Korzeniowski’s “Satin Birds” from the 2011 film W.E., tells of two people in love basking in “that window of time when no one else exists in the world, 3 a.m.,” says Carroll. 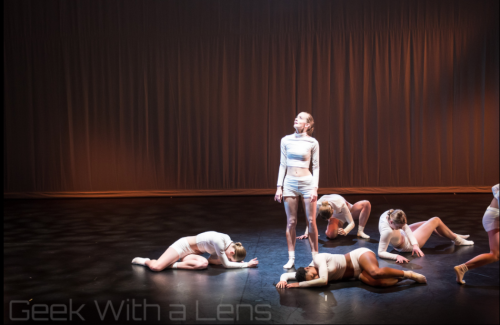 Rounding out Program #2 will be 2017 graduate from Wright State University Ashley Pavy and her work “Barakat”. The piece for 8-dancers says Pavy tells of the cycle of spiritual life. “You will see a cycle that begins with innocence and the idea of being ‘born again,’ to the feeling of eternal happiness…to melancholy, and finally to awareness and realization,” says Pavy. 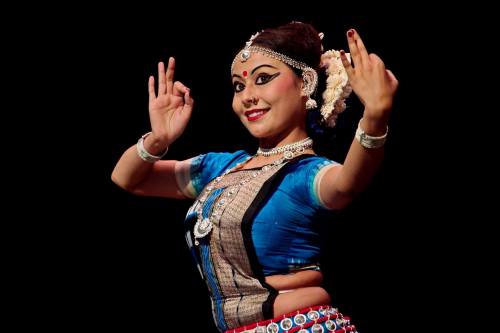 Third year doctoral student at Ohio State University, dancer-choreographer Kaustavi Sarkar will present “Radhike,” a duet for her and dancer Julia Ayau that Sarkar sees and a “joint collaboration between Indian classical aesthetics and literary theory.” Danced to live music, the work expresses the mythological character Radha’s travels in love as she expresses the various hues of it in text, rhythm, and movement. Says Sarkar: “The dance has been adapted to twelfth century poet Jayadeva’s Gitagovinda that is a lyrical ballad describing the celestial love story between Radha and her eternal lover Krishna.” 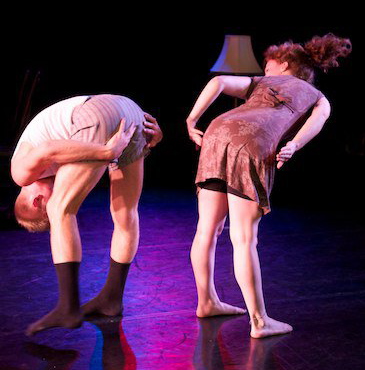 Neos Dance Theatre dancer/choreographer Mary-Elizabeth Fenn’s side-project Fenn & Company will present “Playing House,” two duets danced by Fenn and Molly Mingey that showcase a family’s peculiar interactions including a brother and sister fighting over a Barbie Doll head and a Mother and Father serving up flatulence and chicken drumsticks for dinner.

Also on the program will be a reprise of Holly Handman-Lopez duet “eleven years in” and a performance by host company Neos Dance Theatre. 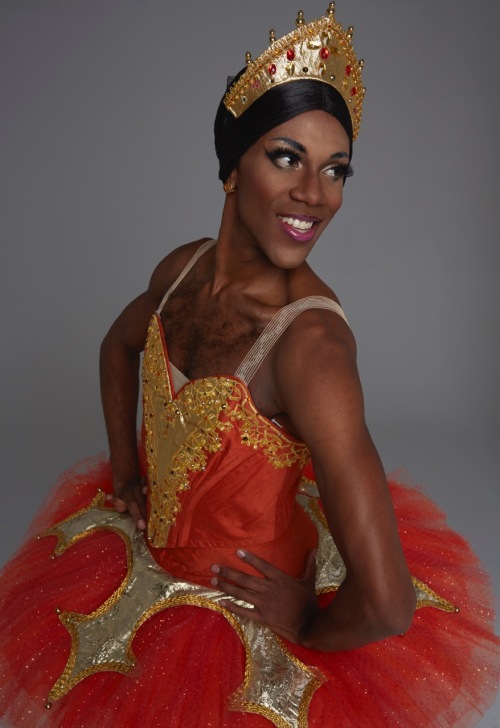 Duane Gosa, a.k.a. Helen Highwaters. Photo courtesy of the artist.

Central Ohio native and 2008 University of Akron grad Duane Gosa, a.k.a. Helen Highwaters of drag company Ballet Trockadero will perform the first of his two solos at Lose Your Marbles, a variation from Marius Petipa’s ballet Paquita, about a Spanish gypsy girl. Also on Program #4 will be performances by Mansfield, Ohio-native and member of NYC’s Complexions Contemporary Ballet, Terk Lewis Waters, a reprise of Verb Ballets’ pas de deuxs and Neos Dance Theatre in a ballet by director of dance at Michigan’s Interlochen Center for the Arts, Joseph Morrissey. 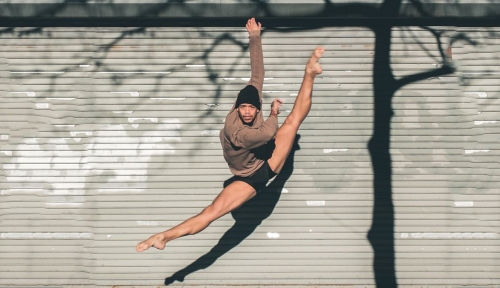 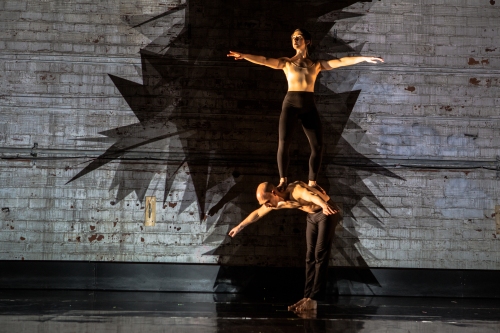 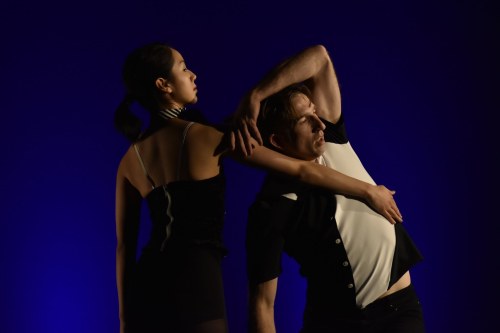 GroundWorks DanceTheater will reprise artistic director/choreographer David Shimotakahara’s “Chromatic,” a work the company performed at the Akron-Summit County Library last November. Danced to a suite of player piano roll music by American composer Conlon Nancarrow, the work mixes opposing dance movements by the dancers from the waist up and down. 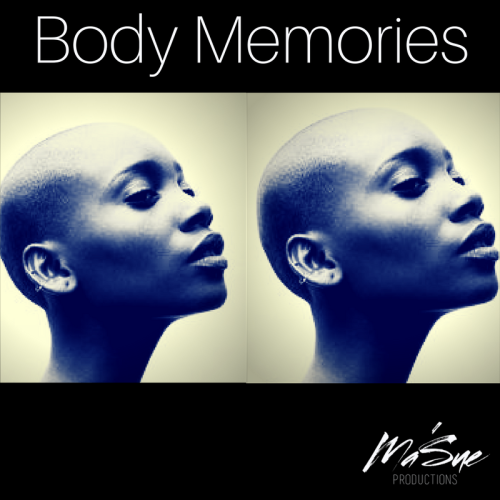 Ma’Sue. Photo courtesy of the artist.

Akron-based theatre company Ma’Sue will present “Body Memories,” a theatre/movement piece engaging in a dialogue about the concept of the mother/son bond. The work looks at how this relationship grows and changes over time.

Closing out the program will be the second of Duane Gosa as Helen Highwaters’ solos, dancing a humorous interpretation of Michel Fokine’s legendary ballet “The Dying Swan” with music by Camille Saint-Saens. 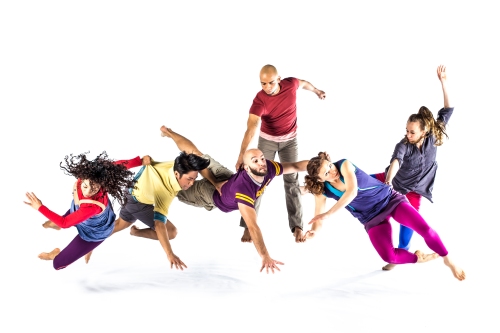 The festival’s performances conclude at 9:30pm with headliners Lucky Plush Productions from Chicago and their work “Cinderbox 2.0” which company artistic director Julia Rhoads says “explores the comedy and anxiety in our hyper-networked culture through a fragmented narrative, witty commentary, and a performance that blurs the distinctions between observer and observed, personal and presentational, scripted and off-the-cuff.”

The first annual Lose Your Marbles fringe festival then concludes at 10:00pm with the audience-voted Best of Show Awards and closing remarks by Wesner and staff.

Lose Your Marbles Fringe Festival takes place 3:30pm-10pm, Saturday, June 10 at the Trolley Barn, 47 N. Main  Street, Akron, Ohio. Tickets $10-25. Visit loseyourmarbles.org for a full listing of ticket options and to purchase as well as get detailed information on the artists performing and up-to-date scheduling.